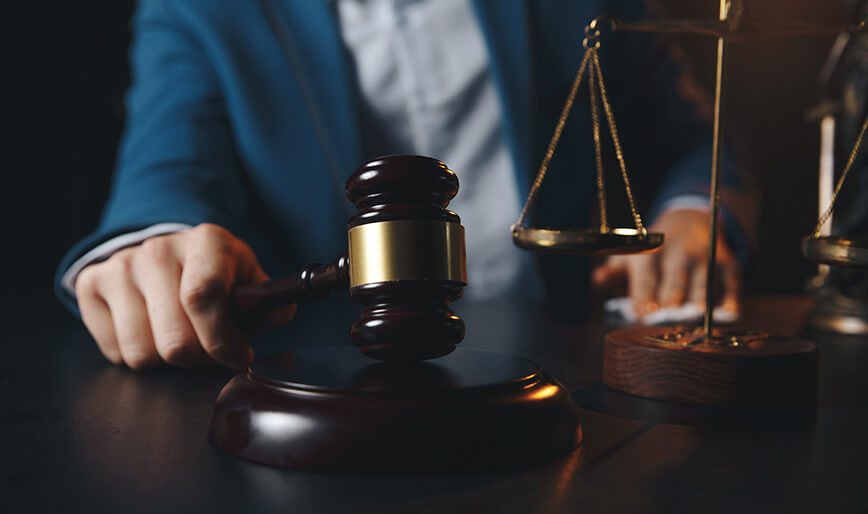 Welcome to the second chapter of our “Understanding Asylum” series.

In our first chapter we gave you different tips on how to get the legal help you need to deal with that very particular and delicate process, which is to apply for asylum in the U.S.

I decided that this second article would have a simpler format, so I will just answer five questions made during my conversations with the dozens of people helped by my team in their asylum processes. Some of these questions have to do with certain recent changes to the asylum process under President Trump’s administration.

Keep in mind that, for the next newsletter, I will write the last article of our “Understanding Asylum” series. I will focus on the options available for those who have been denied asylum, both affirmative (USCIS) and defensive (immigration court). If you are in that situation, send us your questions to socialmedia@thelawofficeofjal.com and I will do my best to answer them.

1 Is it true that there is a new law that forbids people with a pending asylee status to apply for a work permit? What happens if I already have it, will they take it away?

Lawyer Juan Antonio Lozada: There is no new law yet, but the Trump administration is proposing to change the regulations governing asylum cases. These changes have not yet become law, but they might become effective in the next six months. It is impossible for us to discuss all the changes here, but the two main changes are: first, the new regulation would extend the period asylum applicants must wait before qualifying for a work permit from 180 days to 365 days.

Regarding the second change, the issuance of work permits to asylum applicants who enter the U.S. without being inspected, or applicants who have been found guilty of serious crimes inside or outside the U.S., would not be permitted. USCIS officers would also be able to deny work permits for people charged with DUI, domestic violence, and drug or controlled substance crimes.

2.- I am Venezuelan and I entered through the Mexican border without being inspected. I have been in the U.S. for six months and I am now trying to understand what I can do to change my situation. My friends tell me that the TPS will be offered soon. Is that my only salvation?

Lawyer Juan Antonio Lozada: We have been waiting a very long time for a TPS for Venezuelans. Since Democrats and Republicans in Congress have not reached an agreement, it is unlikely that the Trump administration will sign a TPS for Venezuelans during his first term. We also don’t know if a person that bypassed border inspection would qualify for TPS, assuming Congress approves it at some point.

My advice is not to delay your asylum application. If the proposed changes materialize, you will not be able to apply for a work permit. It is highly important to submit your application within twelve months of arrival, or you will most likely not be able to do so. This answer would be different if the person asking has ever been deported, or has committed a crime, as in these cases the person may not qualify for asylum.

3.- I am currently undergoing defensive asylum court proceedings. What is the trial like? If I am defending myself, can the government provide me with a lawyer? Do I need witnesses? I have no idea what to expect, I need help please.

Lawyer Juan Antonio Lozada: In defensive asylum cases, applicants can defend themselves, but the success rate of people without a lawyer in immigration courts is extremely low. Unfortunately, as immigration courts are administrative courts and do not belong to the judicial branch, applicants are not entitled to a free lawyer. Some non-profit organizations such as RAICES and American Gateways offer affordable services for low-income people, but these organizations do not have many lawyers and can only take a small number of cases.

4.- I filed my asylum application two years ago through someone who graduated as a lawyer outside the U.S. and lied to me saying they were a Texas lawyer. This person was arrested and all their clients’ files (including mine) were seized by the police, so me and my family were adrift. I haven’t heard from USCIS for two years, I have not received another letter. What can I do? I am afraid to contact them. Am I in trouble? Can I argue that I was scammed by an unscrupulous paralegal officer?

Lawyer Juan Antonio Lozada: First of all, you should file a formal police report and keep a copy of it. You should also contact the State Bar of Texas and report this person. These documents may help you later prove that you were defrauded. You should also hire an immigration lawyer as soon as possible. A lawyer can help you request a copy of your immigration file (FOIA request) to check what was sent by the paralegal officer to USCIS.

If the paralegal officer charged you, you can also sue him or her in a small claims court (JP) and if you are able to prove your case, the fraudster will be ordered to return the money to you. Remember that charging for services provided without having a lawyer license is not only a crime punishable by jail in Texas, but it is also considered a scam.

5.- Is it true that Venezuelans who traveled to another country (in my case, Colombia) before coming to the US cannot apply for asylum in the US? I heard that the other day and it astonished me. I was thinking of applying for asylum once I was here, as others have done.

Lawyer Juan Antonio Lozada: Having been in a “safe third country” could bring problems to some asylum applicants, particularly if they are processed at the Mexican border under the MPP (Migrant Protection Protocol). These applicants are asked to wait for their hearings with U.S. immigration judges in Mexico and when there is an opportunity, they are informed that they do not qualify to apply for asylum, so they are only being allowed to apply for “withholding of removal” or “protection under the convention against torture,” neither of which allow a person to become a permanent resident in the U.S.; although this is better than nothing, this only provides temporary status.

Currently, applicants who have entered on tourist visas and are waiting for an interview with an asylum officer are not being affected by this “safe third country” concept; however, changes are so frequent that I would not be surprised if this begins to affect all asylum applicants in the future.

The Law Office of Juan Antonio Lozada is based in Orlando, Florida, and works with cases from all over the U.S. and with people in other countries interested in immigrating to the USA.